Way back in the summer of 2007, Rob signed a deal with the History Press to write a book about the ghosts said to haunt the county of Northumberland. The following year Ghostly Northumberland was published. In the years that have followed Rob’s published works have now reached double figures.

View all on AMAZON 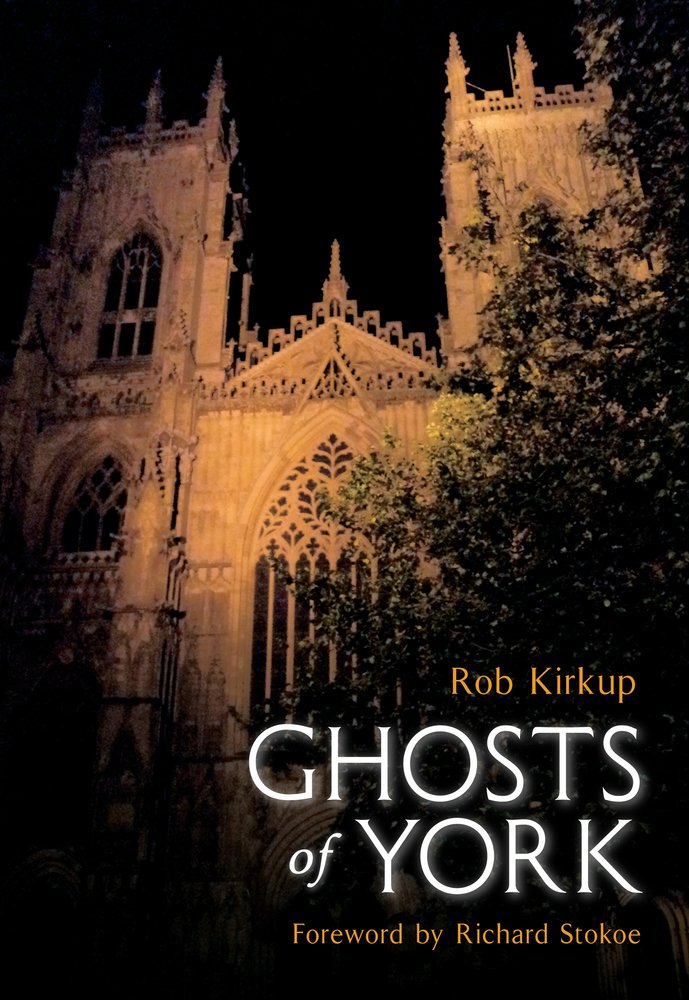 If you enjoy the ghost hunt reports on this site, then you’re going to absolutely love this……

Regarded by many as the most haunted city in the world; York has over 500 individual spirits and is therefore the perfect destination for five paranormal investigators from Newcastle gathering evidence to answer a question as old as time: Do ghosts actually exist?

Allow Rob Kirkup to be your guide on an epic ghost hunting adventure; a year-long quest which will see ten of York’s most active venues investigated. Nothing could prepare the team for what they would encounter. From a very unwelcoming phantom at one of the city’s premier tourist attractions who literally pushes the team out of ‘its’ lair, and an angry toilet-dwelling ghost at one of the country’s top museums, to the tragic shade of a young girl who speaks to our team at the former site of York’s gallows, where many hundreds were executed, including the infamous highwayman Dick Turpin.

It’s guaranteed to be one hell of an adventure, so utterly terrifying in fact that not all of the team will stay the distance. Illustrated with over 60 photographs, this book is the ultimate ghostly guide to the scariest city on earth.

“This is an engaging story of how some very brave people explored some very dark parts of York.” – Yorkhistory.org.uk (Reviewed August 2012)

“For an enjoyable read for a rainy weekend, Rob’s book is a winner.” Paranormal Review website (Reviewed September 2012)

I am donating every penny of my royalties from sales of Ghosts of York to Cancer Research UK. They can do far more good with it than I ever could, and it’s such a terrible disease which touches so many lives. If you’d like to buy Ghosts of York from Amazon, you can do so by clicking here. 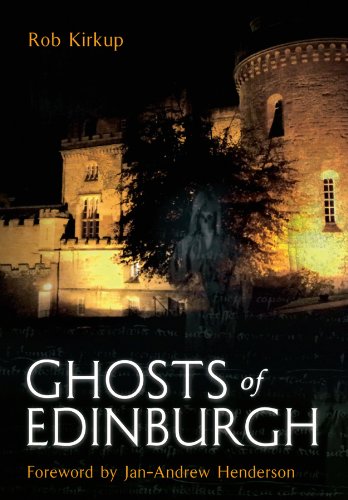 Our York adventure was mind-blowing, of that there’s no doubt. Five of us braved our first investigation at the National Railway Museum, and only four of us made it through to the exciting climax which saw us ‘imprisoned’ at the Golden Fleece. Now Ghosts of Edinburgh will pick up where Ghosts of York left off, as Tom, John, Rich and I dust off our trusty torches, change the batteries in our EMF Meters, jump into our very own Mystery Machine (well, kind of, it’s a Ford Focus) and head north to bonny Scotland. I’ve added to my arsenal of ghost hunting gadgets in the form of the Paracorder 667, Frank’s Box, and the Ghost Touch device, and we simply couldn’t pick a more haunted city in which to put them to the test. From the much feared Covenanter’s Prison; the lair of the Mackenzie Poltergeist, to the Bedlam Theatre, and of course the horrors that lurk beneath the streets of Edinburgh in the form of Mary King’s Close and the Edinburgh South Bridge Vaults.

I will donate every last penny of my royalties from Ghosts of Edinburgh to the Multiple Sclerosis Society.  Head on over to Amazon to order your copy here. 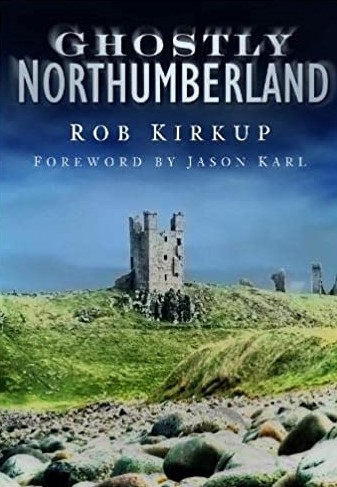 From reports of haunted castles, hotels, battlefields, chapels and churchyards, to heart-stopping accounts of apparitions, poltergeists and related supernatural phenomena, Ghostly Northumberland investigates twenty of the most haunted locations in Northumberland today. Drawing on historical and contemporary sources, this selection includes a piano-playing ghost at Bamburgh Castle, the White Lady of Cresswell Tower, a mischievous poltergeist at the Schooner Hotel, as well as sightings of torturer John Sage, who continues to stalk the dungeons at Chillingham Castle widely regarded to be one of the most haunted places in Britain.

Illustrated with over fifty photographs, together with location and access details for each location, this book is sure to appeal all those interested in finding out more about the county’s haunted heritage. 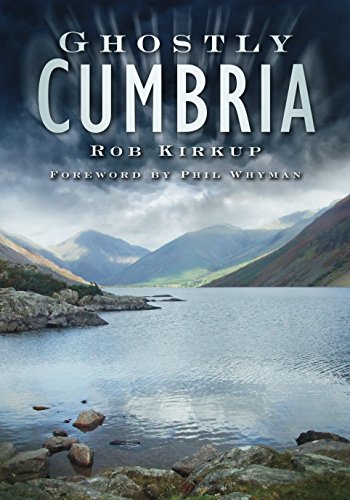 From reports of haunted castles, stately halls, hotels, public houses, Roman forts, stone circles and even England’s deepest lake, to heart-stopping accounts of apparitions, poltergeists and related supernatural phenomena, “Ghostly Cumbria” investigates twenty of the most haunted locations to be found in the area today. Drawing on historical and contemporary sources, this selection includes a phantom friar said to walk the lanes near Grey Friars Lodge Hotel in Clappersgate; the ghost of Mary, Queen of Scots at Carlisle Castle; a cavalier at Moresby Hall in Whitehaven; and, several ghosts at the Kirkstone Pass Inn at Ambleside, including a young boy killed by a coach outside the building, a young woman who died whilst travelling along the road during a snow storm, and a seventeenth-century coachman who lurks around the bar.

Illustrated with sixty photographs, together with access details for each location, this book will appeal to all those interested in finding out more about Cumbria’s haunted heritage. 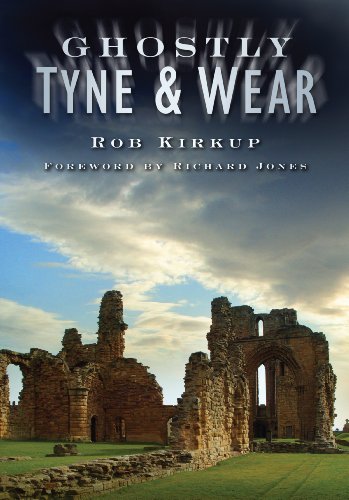 From reports of haunted castles, pubs, theatres and shopping arcades, to heart-stopping accounts of apparitions, poltergeists and related supernatural phenomena, “Ghostly Tyne & Wear” investigates thirty of the most haunted locations in Tyne & Wear today. Drawing on historical and contemporary sources, this selection includes a phantom highwayman at Blacksmith’s Table Restaurant in Washington, a Carry On film legend who haunts the Empire Theatre in Sunderland, a mischievous poltergeist at the the Central Arcade in Newcastle-upon-Tyne, as well as sightings of phantom soldiers at Arbeia Roman Fort in South Shields.

Illustrated with sixty photographs, together with location and access details for each location, this book will appeal to all those interested in finding out more about the area’s haunted heritage.

Buy Ghostly Tyne and Wear from Amazon by clicking here. 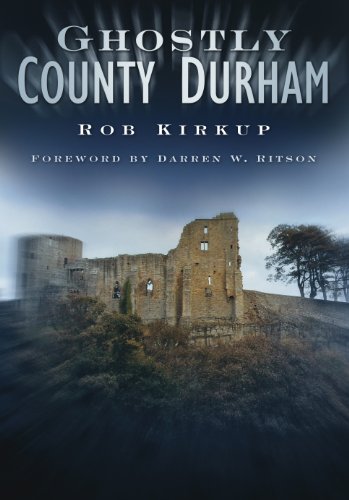 From reports of haunted castles, hotels, public houses, and even a prisoner of war camp, to heart-stopping accounts of apparitions, poltergeists and related supernatural phenomena, “Ghostly County Durham” investigates over twenty of the most haunted locations in the area today. Drawing on historical and contemporary sources, this selection includes a club-footed monk at Finchdale Priory, the ‘Singing Lady’ of Cauldron Snout, as well as a collection of spectres that call Durham Castle home – including a shadowy figure which haunts the Black Staircase.

Illustrated with sixty photographs, together with access details for each location, this book is sure to appeal all those interested in finding out more about the area’s haunted heritage. 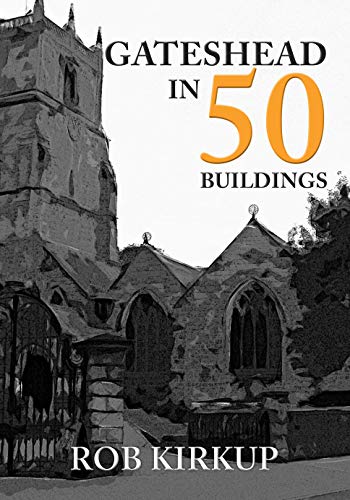 Gateshead has often been portrayed as the ‘poor relative’ of its larger and more glamorous Tyneside neighbour Newcastle. But Gateshead has a long and proud industrial and social history, much of which has sadly gone, but in recent years there has been a revival in Gateshead’s social and cultural infrastructure, which has placed it firmly on the tourist map. This extraordinary history is embodied in the rich Victorian architecture that has shaped the town.

Pick up your copy now here. 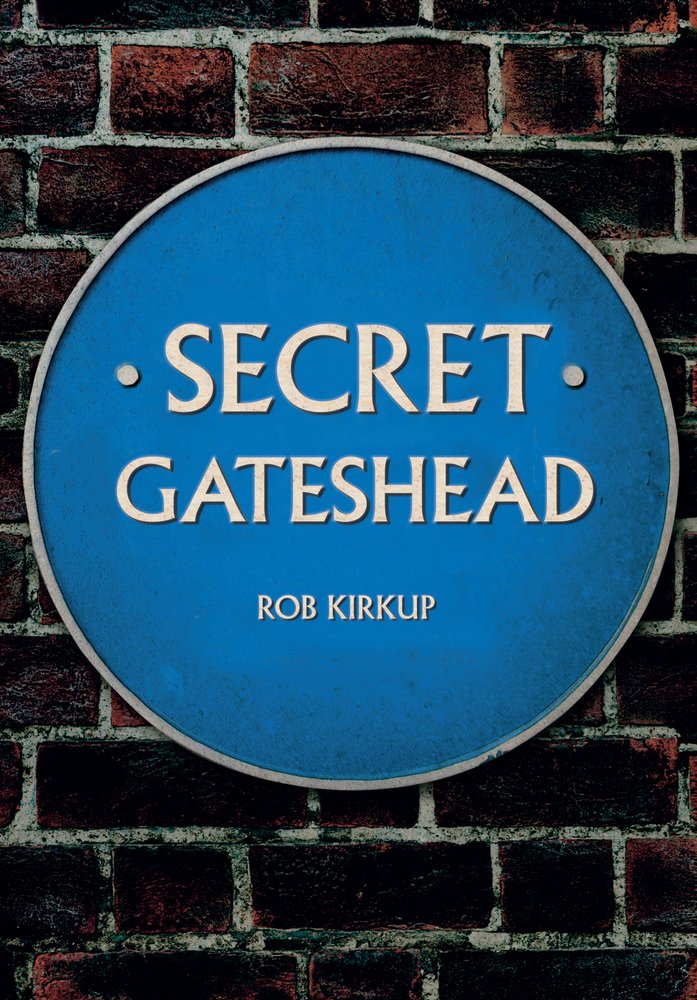 Secret Gateshead covers some of the little known facts about the town, and chapters include TV and Film, Beginnings, Famous Residents, and Crime and Punishment.

Containing almost 100 colour photographs, the book is a must read for anyone who calls Gateshead home, or has lived her in the past.

Visitors to this website might be particularly interested in the chapter on Ghosts and Legends, which includes the haunted Dead Man’s Arch of Bensham, the haunted graveyard at Heworth, and even the mind-boggling story of an attempted alien abduction during World War 2, which resulted in the alien being killed and the body hidden beneath one of Gateshead’s many churches.

Head on over to Amazon to order your copy today. 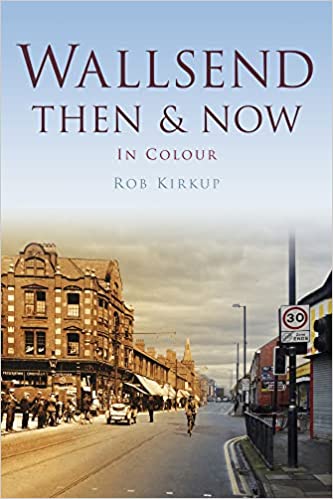 Wallsend has a rich heritage, which is uniquely reflected in this delightful, full-colour compilation. Contrasting a selection of forty-five archive images alongside modern photographs taken from the same location, this new book reveals the changing faces, buildings and streets of Wallsend during the last century. Comparing the workers of yesteryear with today’s tradespeople, along with some famous landmarks and little-known street scenes, this is a wide-ranging look at the area’s absorbing history. Wallsend Then & Now will awaken nostalgic memories for those who live in or know the town, whilst providing visitors with a glimpse of how the town used to be.

It’d make the perfect birthday or Christmas gift for someone who lives, or perhaps once lived, in Wallsend.

You can buy Wallsend Then & Now at Amazon by clicking here. 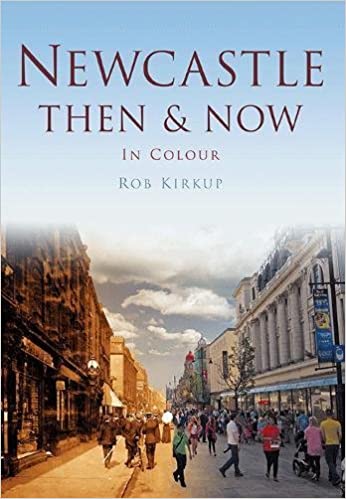 Released in March 2013, Newcastle Then & Now is a welcome addition to the History Press’ popular Then & Now series.

In the spring of 2011 I was approached by the History Press who were impressed with my photography in the books I’ve had published by them previously, and offered me the chance to write this book. It has nothing whatsoever to do with ghosts, which is a huge change of direction for me. It is a chance for the reader to look at the changing face of Newcastle over the last 150 years with archive photos side by side with photos taken in 2012, all printed in full colour. 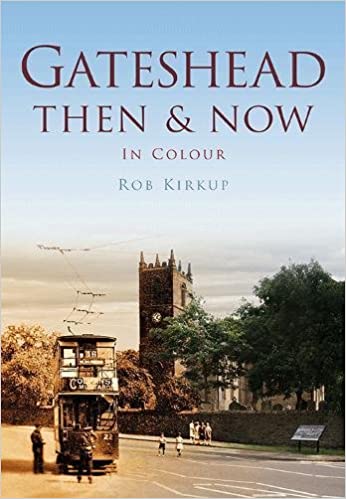 Contrasting a selection of 45 archive images alongside full-colour modern photographs, this stunning book traces some of the changes and developments that have taken place in Gateshead during the last century. Accompanied by detailed and informative captions, these intriguing photographs reveal changing modes of fashion and transportation, shops and businesses, houses and public buildings, and, of course, some of the local people who once lived and worked in the city. Gateshead Then & Now will delight local historians and reawaken nostalgic memories for all who know and love the city.

Head over to Amazon and pick up a copy.

See the creation of the book jacket here.